Not so long ago, film crews had to build scaffolding and other structures to support sets, cameras, and other equipment. When the shot was taken, they would have to break the structure down and set it up elsewhere. However, the arrival of mobile crane telehandlers is changing all of that. With a mobile crane, all you have to do is drive it to a new position or extend the boom a bit further, and you’re ready for the next scene.

Here are just some of the ways telehandlers can be used to make movie production a whole lot easier:

Shade screens to create softened and diffused light in outdoor scenes, and green screens to enable a new background to be added to the shot in postproduction, are staples of moviemaking. Sometimes these screens need to be huge – and they need to be set up and taken down quickly. A telehandler with a custom attachment and frame can hold up really large screens and shift them into the exact position at a moment’s notice. 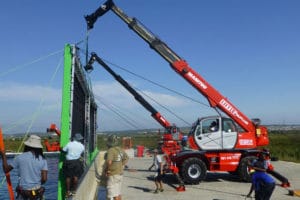 Getting the perfect crane shot

Crane shots are shots taken by a camera attached to a crane or jib. Telehandlers are ideal for this because of their extensible boom and their ability to drive to the position they are required to take. This is particularly handy for outdoor shoots on rough terrain. Our custom-made camera platform can carry a Supertechno camera crane, giving you a crane on a crane – a truly unique combination. 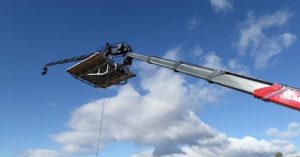 What would a movie shoot be without lighting? A telehandler can lift batteries of lights to just about any position and give you the exact lighting effect you need.

This photo shows lights mounted on a personnel platform attached to a mobile crane telehandler. 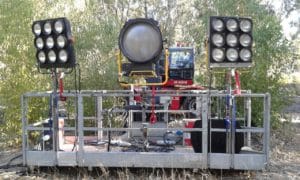 Shooting an action movie where the hero has to jump from a building? Simply lift the stuntman to the required height and let them take the plunge while you film it. Our camera platform doubles as a handy stunt platform. 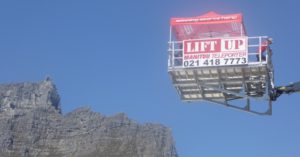 You can use a telehandler to shift sets into a new position or even hold up sets for the duration of a shot.

In this photo we are “moving house”. Easy work with this telehandler and fork attachment. 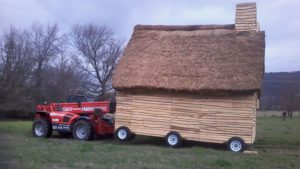 We could go on for a long time about the many ways telehandler mobile cranes are being used on film sets. So if you’ve got a challenge for us and wonder if a telehandler would do the job, don’t hesitate to call.

How To Find Us